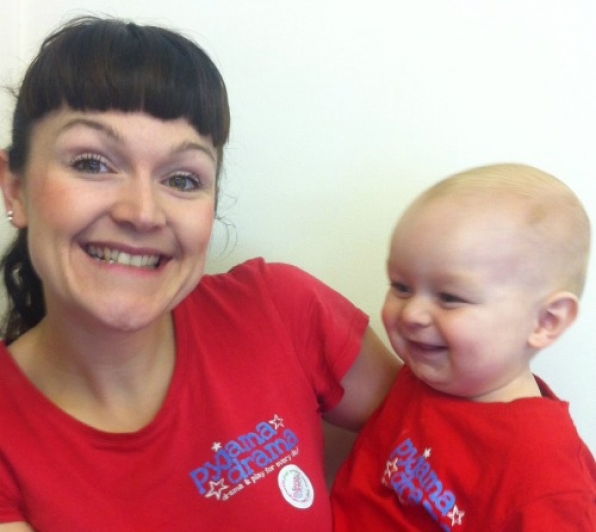 We were delighted to come across this wonderfully complimentary blog post written by Sarah, who spends her time, 'coming up with toddler activities that are fun and creative so that every day feels like it’s been well spent'. You can visit Sarah's blog here and read what she says about attending classes in Sheffield below:

''Today we went to our third Pyjama Drama session, and boy did we have fun. Every session we went on a different adventure, imagining ourselves away to a circus, a farm, and today a jungle inhabited by a dancing dragon. We sing, dance, play music and pretend, led by the lovely Gemma.

Once he gets going my little monkey is very outgoing, but like any child, he can be a bit apprehensive around new people. So I wasn’t surprised that it took him a little while to get into the spirit of Pyjama Drama. Soon enough though he was pretending along with the others. There were some things he liked better than others, for instance playing musical instruments will always be a hit, whereas he’s not that into singing yet. But what I underestimated was how much he’d carry on the games once we’d left the session. After we pretended we were part of the circus he carried on splatting people with imaginary cream pies for days. After we made believe we were farmers his pushchair transformed into a tractor that he had to push out of the mud. And this evening, after forcing me to sing the Pyjama Drama song, he named himself Drama Boy and danced around with the dragon we’d met in the jungle.

Pyjama Drama is a brilliant way to encourage a toddler’s imagination, and they all seem to love pretending and singing every week. Gemma is brilliant too. Sometimes the kids’ imaginations lead the game off on a tangent, but she always seems to be able to incorporate what they’re saying, no matter how much of a curve ball she’s been thrown. All in all, we highly recommend it!''

Between entertaining her two year old, blogging and trying to keep house, Sarah tries to squeeze in some academic research. She spends most of her time coming up with toddler activities that are fun and creative so that every day feels like it’s been well spent!

Posted in Classes By Pyjama Drama